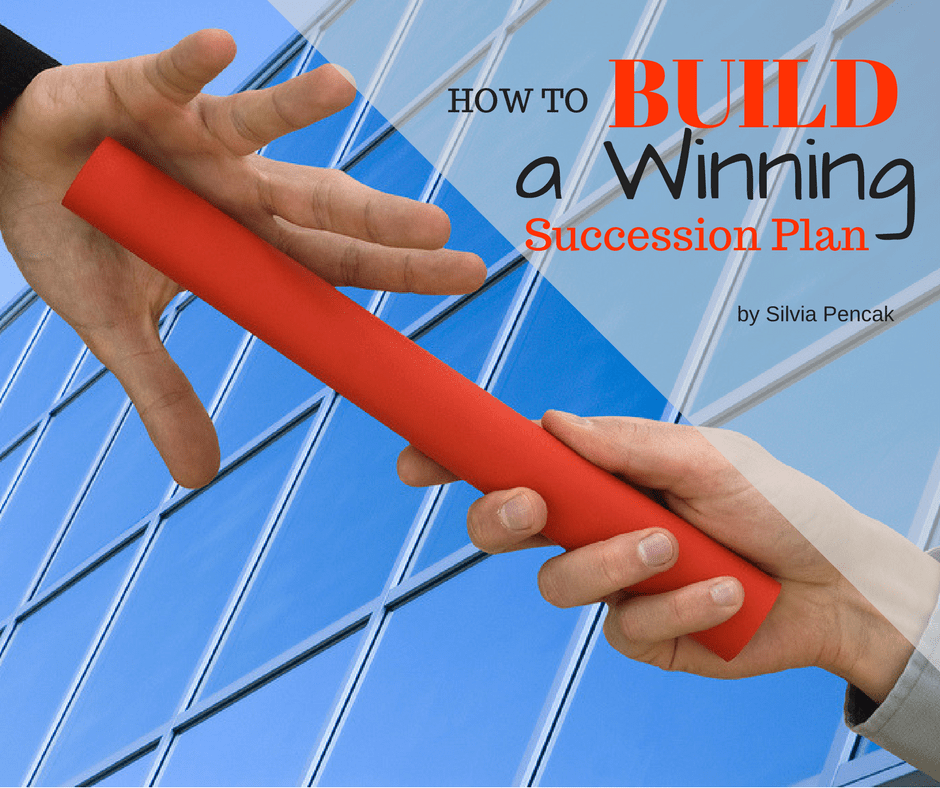 Leadership isn’t an easy task. It takes a lot to get to the top, then you need to remain there and take a good care of people under your lead. And once you make it, the game isn’t over yet. Unless you are ok with your legacy dying with you, it is necessary to ensure that when the time comes to pass the baton, you have the right person to hand the wheel to.

Each year about 10% – 15% of corporations have to appoint a new CEO. Some leave because of illness, others retire, some are removed due to poor performance. Turnover among leaders is high, yet almost half of the boards are not preparing a new leader and more than third of them do not have a candidate to step in if the need arises.

Another issue with succession is replacing a leader with the wrong candidate. Data shows that up to 40% of new CEOs perform badly. It’s important to realize that succession takes years, not weeks. Preparation is everything.

Due to a lack of succession planning, one of the trends in this area is replacing leaving CEOs with external CEOs. Statistics say that 20% – 30% of companies are opting in for this option. If we overlook the cultural impact of such hire, let’s look at what data says. Internally hired CEOs tend to exceed the expectations while only 6% of external hires meet the expectations.

The logical solution would be for companies to hire internally and shift focus to building succession plans. It will take time, but in a long run, it will be highly beneficial to the company’s long-term success.

Today I want to share three stories from history with you. Two stories are of great leaders who failed to pass the baton properly which ultimately had disastrous consequences. I will also share one positive story to show you that it was done well before and it can be done again. (And I’m throwing in some insights to move you in the right direction.)

Arguably the greatest general of ancient times, Alexander of Macedonia aimed to be the greatest Emperor of the largest empire ever seen. Yet, even though he built a great empire, you will never find a record of the “Alexandrian Empire”. This is because Alexander refused, even when suffering from a long-term illness, to name an heir. After his death the empire splintered, resulting in two centuries of war.

Svatopluk might not be a well-known personality from history, yet he was one of the greatest rulers of Great Moravia, which attained its largest expansion during his rule at the end of the 9th century. Great Moravia was what later became Czechoslovakia, today known as Czech Republic and Slovakia, my home country.

Legend says that Svatopluk made a deathbed request for his sons to remain united to keep the country united and strong, yet in spite of warning the brothers continued their quarrels and shortly after his death Great Moravia collapsed. Slovakia became part of Hungary for 1,000 years! Some leadership mistakes have unbelievable consequences!

There are actually many great examples of succession planning done well. One of my favorite succession stories is in the Old Testament. Joshua was one of the twelve spies sent out by Moses. It’s fascinating to watch his journey to a leader of a nation. There are many lessons in the story of change of leadership between these two men, let me mention just couple to inspire you to create your own succession plan.

None of us knows what’s around the corner. I am a strong believer that unless you have already started to build and implement succession plan in your organization, the best time to start doing so is now. What is yours going to look like? And if you have one, how can you make it better?

PS: Are you ready to step up your leadership game? If yes, click here to access our complimentary Leadership Breakthrough training.