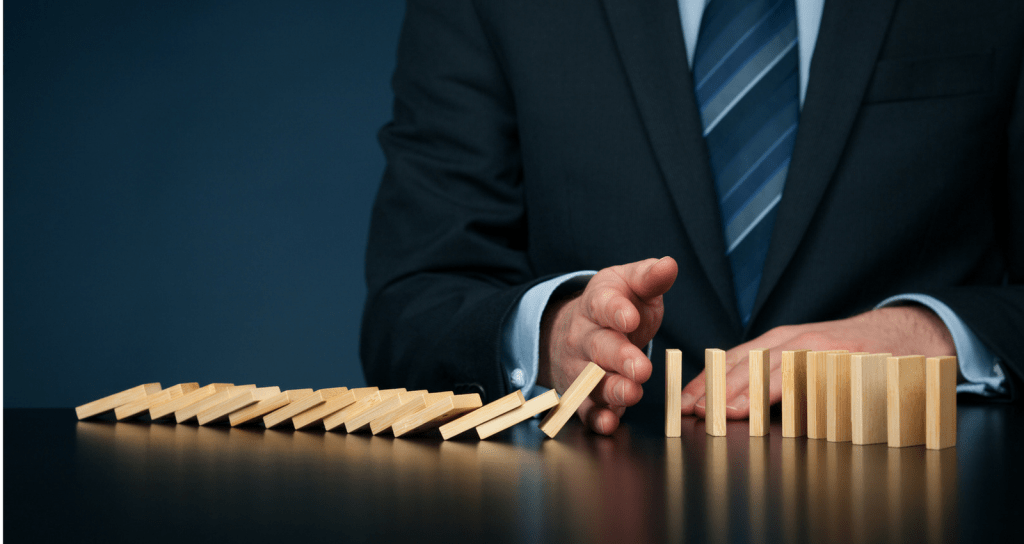 There are some bright moments in organizations when things go smoothly as planned. But there are also times when projects come to a halt, teams get frustrated and leaders can almost feel despair breathing on their necks. These are the critical moments when things either turn badly or take a turn for better. Today I want to show you how to leverage these moments and lead change in your organization powerfully. Without losing a single soldier (you’ll get the analogy in a second, haha).

You might have heard the story, but I want to share it with you anyway along with some lessons to help you turn around your next change initiative.

A group of Hungarian troops were camped in the Alps during the First World War. Their commander, a young lieutenant, decided to send out a small group of men on a scouting mission. Shortly after the scouting group left it began to snow, and it snowed steadily for two days. The scouting squad did not return, and the young officer thought they are dead. He felt guilty for sending his men to their death and started to question not only his decision, but also the war itself and his own role in it.

Suddenly, unexpectedly, on the third day the long-overdue scouting squad returned. There was great joy, great relief in the camp, and the young commander questioned his men eagerly. “Where were you?” he asked. “How did you survive, how did you find your way back?” The sergeant who had led the scouts replied, “We were lost in the snow and we had given up hope, had resigned ourselves to die. Then one of the men found a map in his pocket. With its help we knew we could find our way back. We made camp, waited for the snow to stop, and then as soon as we could travel we returned here.” The young commander asked to see this wonderful map. It was a map not of the Alps but of the Pyrenees!

The power of belief

I find this story fascinating, yet believable. For over 15 years I’ve seen similar results in projects and initiatives I either led or consulted on. In this story, the group was lost and had given up hope. They prepared to die. Their feelings betrayed them. They were feeling defeated, just like their commander. How many people on your team feel the same way when things go wrong? And how about you as a leader? In challenging times our feelings betray us. Yet, they are the only way out in such situations.

I challenging times our feelings betray us. Yet, they are the only way out of these situations.
Powered By the Tweet This Plugin

You see, in times of uncertainty and ambiguity a sense of direction is more important than the accuracy of it. As a result we should remember that emotions have a conscious / responsible use, provided that we can change the underlying belief. All change starts at emotional level. Vision, belief and motivation matter. When people buy into your vision, the fear takes a back seat and creativity kicks in.

I’m not sure why it took that man couple hours to find a map in his pocket. But doesn’t it remind you of real life? Just when you gave up on a project, something happens that gets you back in the game. Suddenly they KNEW they can find their way back to the camp. Instead of giving up, they started to think about survival. Fear will keep you stuck. Hope will move you into action.

The power of action

Right after their got their hopes up, it’s good to see them move into action. They made camp. This is just mind-blowing. They could have done it before, they just didn’t. Belief kicked off their creativity and pushed them in the right direction. We need belief to move into action, but we need action to change the outcomes. Situation was still the same. The snow was still there. The cold was still there. Food shortage was most likely still there. But building that camp and taking that journey back is what helped them survive.

Left unattended all things move towards destruction. People give up and fail to take action. Stores get closed down. Projects get cancelled. Sales people miss their mark. Organizations lose customers. It takes action to turn things around and resolve hopeless situations.

The power of mistakes

When things go wrong, being right is irrelevant. It wasn’t the map that helped the team to get back. It was the belief they had about that map and action they took based on their new belief that saved them. Even though the map was a mismatch, it was a trigger they needed to change the result. Even though the story doesn’t get into details, I’m pretty sure that they had some surprises along the way. Things didn’t go right, they needed to trouble shoot and course correct on their feet. Classic story of leading through change. My suggestion is that in times when things go wrong, you have a safe space for mistakes, wrong ideas or faulty approaches. Creativity and innovation make mistakes. But they help you make necessary shifts and turn unbelievable into possible.

If you have a project or initiative that’s being derailed, delayed or under promise, here’s an excellent COMPLIMENTARY resource for you to help you move into action.