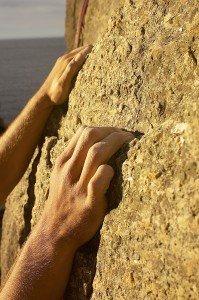 “Patience and perseverance have a magical effect before which difficulties disappear and obstacles vanish.”
John Quincy Adams

“Just remember, you can do anything you set your mind to, but it takes action, perseverance, and facing your fears.”
Gillian Anderson

“The road to success is dotted with many tempting parking places.”
Author Unknown

“I may not be there yet, but I’m closer than I was yesterday.”
Author Unknown

“A wise man will make more opportunities than he finds.”
Francis Bacon

“It is not enough that we do our best; sometimes we must do what is required.”
Winston S. Churchill

“Continuous effort – not strength or intelligence – is the key to unlocking our potential.”
Winston S. Churchill

“It does not matter how slowly you go as long as you do not stop.”
Confucius

“The man who moves a mountain begins by carrying away small stones.”
Confucius

“Through perseverance many people win success out of what seemed destined to be certain failure.”
Benjamin Disraeli

“Many of life’s failures are people who did not realize how close they were to success when they gave up.”
Thomas A. Edison

“Perseverance is not a long race; it is many short races one after the other.”
Walter Elliot

“Perseverance is an active principle, and cannot continue to operate but under the influence of desire.”
William Godwin

“In the realm of ideas everything depends on enthusiasm… in the real world all rests on perseverance.”
Johann Wolfgang von Goethe

“Our greatest glory consists not in never falling, but in rising every time we fall.”
Oliver Goldsmith

“You aren’t going to find anybody that’s going to be successful without making a sacrifice and without perseverance.”
Lou Holtz

“If your determination is fixed, I do not counsel you to despair. Few things are impossible to diligence and skill. Great works are performed not by strength, but perseverance.”
Samuel Johnson

“Things don’t go wrong and break your heart so you can become bitter and give up. They happen to break you down and build you up so you can be all that you were intended to be.”
Charles Jones

“Even if I knew that tomorrow the world would go to pieces, I would still plant my apple tree.”
Martin Luther King Jr.

“I am a slow walker, but I never walk back.”
Abraham Lincoln

“The difference between a successful person and others is not a lack of strength, not a lack of knowledge, but rather a lack in will.”
Vince Lombardi Jr.

“Once you learn to quit, it becomes a habit”
Vince Lombardi Jr.

“Perseverance is a great element of success. If you only knock long enough and loud enough at the gate, you are sure to wake up somebody.”
Henry Wadsworth Longfellow

“After climbing a great hill, one only finds that there are many more hills to climb.”
Nelson Mandela

“Success is the child of drudgery and perseverance. It cannot be coaxed or bribed; pay the price and it is yours.”
Orison Swett Marden

“Just because you fail once doesn’t mean you’re gonna fail at everything.”
Marilyn Monroe

“You learn you can do your best even when it’s hard, even when you’re tired and maybe hurting a little bit. It feels good to show some courage.”
Joe Namath

“Don’t let the fear of the time it will take to accomplish something stand in the way of your doing it. The time will pass anyway; we might just as well put that passing time to the best possible use.”
Earl Nightingale

“I think one of the most important attributes is perseverance.”
David Rose

“Every strike brings me closer to the next home run.”
Babe Ruth

“By perseverance the snail reached the ark.”
Charles Spurgeon

“If you fell down yesterday, stand up today.”
H.G. Wells