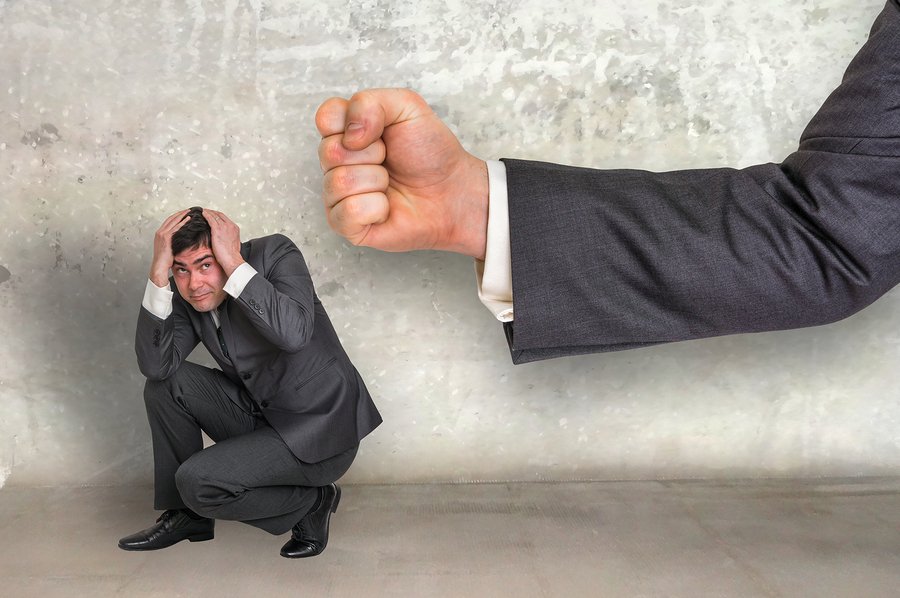 Some time ago I wrote an article for Women Executive Network in Canada on how to thrive under a critical leader (if you missed it, you can find it here). Yet, statistics are so scary that I decided to address challenges from a different angle. But first, let’s look at what the workplace statistics say about this issue…

It’s disheartening to see that after so many leadership training programs and initiatives workplaces continue with the same trend of keeping and promoting “bad bosses”. Today I want to help C-Suite leaders and Boards of Directors to help you identify and recognize “bad bosses” in your organization. Here are top 10 warning signs of bad leadership:

If one person complains about the boss, chances are that it might be a conflict between the two of them. But when you start to hear from more team members, other departments or clients, it should be a warning sign. On a regular basis I meet many leaders who still choose to give it time or hide their head in the sand, but chances of the issue just going away are close to none. Problems don’t just dissolve. Left unattended, things move towards destruction, not the solution. Workplaces need teamwork to get things done. Great team can pull the workload for a while, but when you start seeing major employee exits, it’s usually a sign that you missed the window of opportunity to deal with the issue. Replacing team members will work like putting  a bandaid on dirty wound – it will lead to more pain and bigger issues.

According to surveys, happiest people work for a boss with a compelling vision for the future and a clear pathway to get there. Leaders who lack vision lose focus and fail to set priorities for their teams or inspire them to their best contribution. Bad bosses exhaust their teams with unproductive tasks that at the end of the day make no difference or impact on the team or company success.

3. They are nowhere to be found

Sure, maybe they are super busy and can’t attend meetings or talk to other department leaders. But the chances of them being either completely disorganized (clear sign of lack of vision and priorities, see sign #2) or disengaged. Many teams work independently from their leaders because leaders chase their own rabbits outside of workplace.

When the leader in front of you is a “yes” person, they either have problem with boundaries and need to improve their communication skills or they don’t care about the impact these tasks will have on their team. Even worse, you might be dealing with a leader who just wants to move up on a corporate ladder, no matter the cost. Just imagine the promises they are giving their teams – from promotions, through workplace improvements or increased responsibility. Chances are, their team is frustrated and tired of empty promises.

A boss who lies is untrustworthy, no matter how good the lie sounds. There are many reasons why they lie, from poor communication skills or covering up the reality due to fear of consequences to character flaw – they were doing it for so long that it became a habit. No matter the reason, a person who lies can’t be trusted. They will lie to leadership as well as their team, creating tension and conflict.

When leader gives a vague feedback that gives you no useful information for improvement, it’s a sign that they’re not equipped to be a leader or they’re withholding information to have some kind of leverage. This person is not a team player. Unfortunately, office politics still exists in many workplaces and those who can put an end to it (the bosses) are leading the game. Other character flaws may include gossiping, mood swings, micromanaging or lack of boundaries.

This can be a tough one to notice. These people prefer specific work style, communication style or approach over the other, failing to recognize contribution of each individual team member. In best case scenario, they don’t even know they are doing it. Great bosses make it clear how performance is measured, what the expectations are and they do their best to create and maintain a fairness in a workplace.

8. They are never wrong

Admitting to mistakes is a sign that it’s safe to take smart risks. In a recent independent study 91% employees said that owning up to one’s mistakes as a manager was an important factor in employee satisfaction. When leader in your organization never takes a bullet for the team or failed project, if they constantly point fingers, it’s a clear sign that you deal with a bad boss.

9. They hog the limelight

When the leader continues to use “I” when reporting about success, fails to invite team members to the report meeting or recognize contribution of others, you are dealing with self-absorbed boss. Such behavior is incredibly discouraging to a team.

10. They constantly change their mind

In the morning, they tell you one thing. In the afternoon, it’s a different story. These bosses can create never-ending false starts, draining team productivity and morale. These bosses need help clarifying priorities and understand difference between urgent and important.

I could go on with another at least 10 signs of bad leadership, but chances are that by now you can clearly see the bad boss(es) in your organization. Click here to learn how to deal with bad leaders.