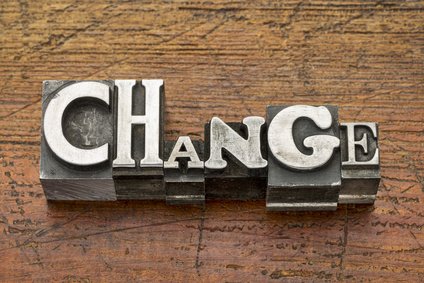 Stepping onto a brand-new path is difficult, but not more difficult than remaining in a situation, which is not nurturing to the whole woman.
Maya Angelou

People travel to wonder at the height of mountains, at the huge waves of the sea, at the long courses of rivers, at the vast compass of the ocean, at the circular motion of the stars; and they pass by themselves without wondering.
St Augustine

Whatever you are not changing, you are choosing.
Laurie Buchanan

You can’t do today’s job with yesterday’s methods and be in business tomorrow.
George W. Bush

The greatest thing you can do for another is not just share your riches, but reveal to them their own.
Benjamin Disraeli

Whenever you see a successful business, someone once made a courageous decision.
Peter F. Drucker

Peace cannot be achieved through violence, it can only be attained through understanding.
Ralph Waldo Emerson

First comes thought; then organization of that thought, into ideas and plans; then transformation of those plans into reality. The beginning, as you will observe, is in your imagination.
Napoleon Hill

Act as if what you do makes a difference. It does.
William James

Here’s to the crazy ones. The misfits. The rebels. The troublemakers. The round pegs in the square holes. The ones who see things differently. They’re not fond of rules. And they have no respect for the status quo. You can quote them, disagree with them, glorify or vilify them. About the only thing you can’t do is ignore them. Because they change things. They push the human race forward. And while some may see them as the crazy ones, we see genius. Because the people who are crazy enough to think they can change the world, are the ones who do.
Steve Jobs

Everybody can be great because anybody can serve….You only need a heart full of grace and soul generated by love.
Martin Luther King

If not us, then who? If not now, then when?
John Lewis

Never run from the truth. It is always there; it never changes – save your energy.
Steve Maraboli

Your life begins to change the day you take responsibility for it.
Steve Maraboli

It’s not about perfect. It’s about effort. And when you bring that effort every single day, that’s where transformation happens. That’s how change occurs.
Jillian Michaels

If you think you’re too small to have an impact, try going to bed with a mosquito in the room.”
Anita Roddick

Transformation in the world happens when people are healed and start investing in other people.
Michael W. Smith

I alone cannot change the world, but I can cast a stone across the waters to create many ripples.
Mother Teresa

Truth, like gold, is to be obtained not by its growth, but by washing away from it all that is not gold.
Leo Tolstoy

If you don’t do it excellently, don’t do it at all. Because if it’s not excellent, it won’t be profitable or fun, and if you’re not in business for fun or profit, what the hell are you doing there?
Robert Townsend

Outstanding leaders appeal to the hearts of their followers – not their minds.
Unknown

CHANGE. One of the hardest lessons in life is letting go. Whether it’s guilt, anger, love, loss or betrayal. Change is never easy. We fight to hold on and we fight to let go.
Unknown

Some people have reach the highest branch to see it’s the wrong tree.
Unknown

One evening an old Cherokee told his grandson about a battle that goes on inside people. He said, “My son, the battle is between 2 “wolves” inside us all. One is Evil. It is anger, envy, jealousy, sorrow, regret, greed, arrogance, self-pity, guilt, resentment, inferiority, lies, false pride, superiority, and ego. The other is Good. It is joy, peace, love, hope, serenity, humility, kindness, benevolence, empathy, generosity, truth, compassion and faith.” The grandson thought about it for a minute and then asked his grandfather: “Which wolf wins?”
The old Cherokee simply replied, “The one you feed.”

Practice is the hardest part of learning, and training is the essence of transformation.
Ann Voskamp

When people are ready to, they change. They never do it before then, and sometimes they die before they get around to it. You can’t make them change if they don’t want to, just like when they do want to, you can’t stop them.
Andy Warhol